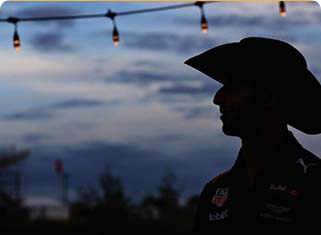 Living in Wyoming, there’s a certain idea around ‘these here parts,’ that crying or other forms of showing emotion somehow isn’t ‘tough’ or ‘manly.’ Many a ‘tough guy’ will tell each other to pull themselves up by the boot straps and ‘cowboy up.’ What these people don’t realize, or what they refuse to admit, is that crying, showing vulnerability or asking for help actually takes more strength than one can possibly imagine. Sometimes, it takes all of the strength a person has. And the fact of the matter is that a lot of us need help more than we’re willing to admit.

For these people, there is the Central Wyoming Counseling Center.

As Mental Health Awareness Month comes to an end, CWCC has announced the addition of texting services to its free suicide lifeline.

The CWCC Suicide Prevention Lifeline Call Center is Wyoming’s first certified National Suicide Prevention Lifeline. This hotline fields calls from all over Wyoming and, unlike many other 1-800 suicide hotlines, every professional that is called has a 307 number. That may not seem like much, but there’s something to be said about reaching out and knowing that you’re talking to somebody that lives where you live.

The lifeline number is a very real example of Wyoming neighbors taking care of each other. And, now, the addition of texting makes it even easier, at least logistically, to reach out for help.

“We got an anonymous gift and we wanted to put that very generous donation towards something that would be appealing and attractive to the community,” said Bernice Hazucha, the Director of the CWCC Suicide Call Center. “For some people, picking up the phone and actually speaking to people adds more anxiety, so having the ability to text will, hopefully, make it easier for people to reach out.”

Calls and texts are answered by staff who are trained in all of the best practices regarding suicide prevention. They are certified and accredited through the National Suicide Prevention network as well. This means when somebody calls or texts, they are getting the absolute best of the best people to talk to.

And, in many cases, that is what people actually need; just somebody to talk to. Or, more importantly, somebody to listen.

“There is sort of a frontier mentality in Wyoming,” said Kevin Hazucha, CEO of the Central Wyoming Counseling Center. “People, just by virtue of the geography and how far away from everyone we are, there’s almost an instinct to go it on your own and to pull yourself up by the bootstraps and manage things yourself. There’s already a stigma everyone in the country in terms of dealing with behavioral health issues and seeking help. And the frontier mentality, being more isolated and being more inclined to want to deal with things on your own really exacerbates the reluctance to seek help and to get the help you need.”

For many people, the hardest part about asking for help is allowing themselves to be vulnerable and actually admitting that they need help. The stigma surrounding mental and behavioral health, especially in terms of suicide, is less of an issue than in previous years, but it’s still a ‘hush-hush’ type of thing for many people. The Central Wyoming Counseling Center aims to change that.

“Asking for help is not an easy thing to do,” Hazucha stated. “It’s tough for some people to pick up that phone, make the call, and say ‘I need help.’ It’s not easy and that’s why we’ve adopted this new motto, that ‘asking for help is the new cowboy tough.’ Our goal, once somebody does make that call or sends that text is to be there for them and to do everything we possibly can to help that person.”

The staff at the call center have been trained and are certified in a number of areas, including suicide prevention, crisis intervention, domestic violence, human trafficking, veteran mental health, youth mental health and more. Calls or texts are anonymous, because privacy is of the utmost importance.

Also of importance is the fact that utilizing these services is not something to be afraid or ashamed of. It’s not admitting defeat and it is not a sign of weakness. In fact, it may be the bravest, strongest, most important thing a person can do. In a state that prides itself on being ‘Cowboy Tough,’ reaching your hand out and allowing somebody to take hold requires more strength, more courage, more toughness than Samson had when he tore down the pillars of the Coliseum.

Central Wyoming Counseling Center is a pillar of Natrona County, but it doesn’t take strength from others; CWCC offers it.

“Asking for help takes courage,” Hazucha said. “And our lifeline isn’t just for people who are in a crisis. We’re there for anyone that is struggling, on any given day, if they just need somebody to talk to.”

The number to text if you need somebody to talk to is 307-776-0610. The landline lifeline number is 1-800-273-TALK. For more information, you can also visit the Central Wyoming Counseling Center website.